Call me crazy but for the last two years, I have quite enjoyed creating Ruby's kindy gifts for end of year. They're always made late into the evening, watching a Christmas movie or listening to carols. I enjoy the repetetiveness of it all, my mind switching off after a few rounds and going into autopilot while enjoying the festive entertainment. 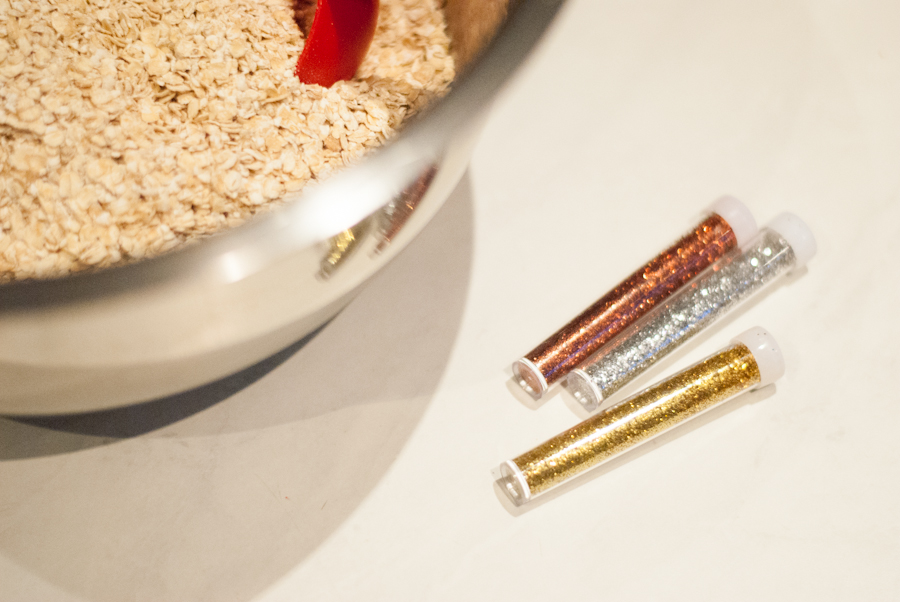 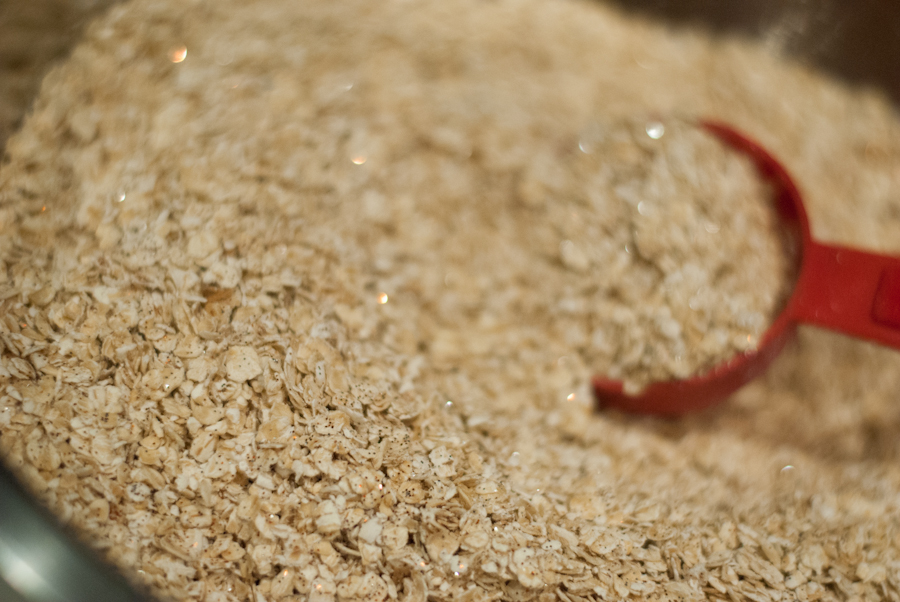 Last year we made Rudolph biccies. This year we made reindeer food (oats plus glitter). When I first mentioned the idea to Ruby, she was most unimpressed. Mum, that seems like quite a silly idea. I just want to do cards. Righto. I brought it up again a few days later.. with the same response. Because that's what all the other kids had been handing out - just cards, some with a little candy cane attached, which had been quickly quashed by the teachers just in case any of the kids had allergies. Ho ho ho.

I typed and printed the little poem, leaving a little room at the side to make tiny reindeer heads with my glad wrap covered fingerprint (very similar to our potato stamped reindeer). Ruby was very concerned about the reindeer ingesting the glitter mixed through the oats. I reassured her it was fine with the old 'they're magic' sort of answer.. so I refrained from calling it reindeer food, and concentrated more on the glitter playing the role of tiny little fairy lights guiding the reindeer to our home (or rather, nanna and pa's home). She seemed satisfied with this explanation.

There are several free printable tags for reindeer food floating about the interwebs (thanks Emma!). While I really like the small crafty reindeer part of the tags, next time I would make them squarer to fill up the bag more to keep the oats from coming to the front on some of them.

Even while making them late into the evening, on the eve of Ruby's last day of kindergarten, I had a 50/50 chance of kindergartner approval. When she woke to find them, she saw that it wasn't such a silly idea after all. This was a fabulous, CHEAP, little gift that had a great response from both kids and parents, which will undoubtedly be churned out again in kindergarten years to come for Middle.
Tags / childhood, christmas, christmas craft, kindy

I love to hear from you, thankyou so much for taking the time to leave a comment x